With a few days until Netflix releases the third season of Stranger Things, fans have yet to stop speculating what will happen. After carefully analyzing the betting data, US-Bookies.com has calculated the likelihood of some major fan theories.

Billy is the New Monster

Trailers show a new monster set to terrorize the children of Hawkins. Many fans are suspecting this one will take over a host human. More specifically, certain frames in the trailer show Billy Hargrove under some sort of influence from an unknown creature. With current odds of 1/2, bookies name Billy as the favorite to play the part of host human to this season’s monster, making him the likely villain.

What exactly is the Upside Down?

In the third season, fans are expecting more explanation about the Upside Down. What is it? How was it created? What’s its purpose? While some questions will go unanswered, a common theory involves the Upside Down being some sort of future version of the town of Hawkins. The oddsmakers use a betting odds calculator to predict this to be the case with 5/6 odds. However, the odds of this not being the case are even, indicating that it may not be that simple to explain what the Upside Down really is.

Eight and Eleven’s Next Sibling

In season two, fans were introduced to Kali Prasad, who revealed a tattoo of the number eight. While everyone loved the first sentimental moment she shared with Eleven, as well as the brief demonstration of what Eight is capable of, betting data doesn’t expect any more children from the lab to show up. Currently, the odds of another child experiment appearing are only 2/1. The 1/3 odds of this not happening indicate that viewers may go the entire season without seeing another one of Eleven’s “siblings.” 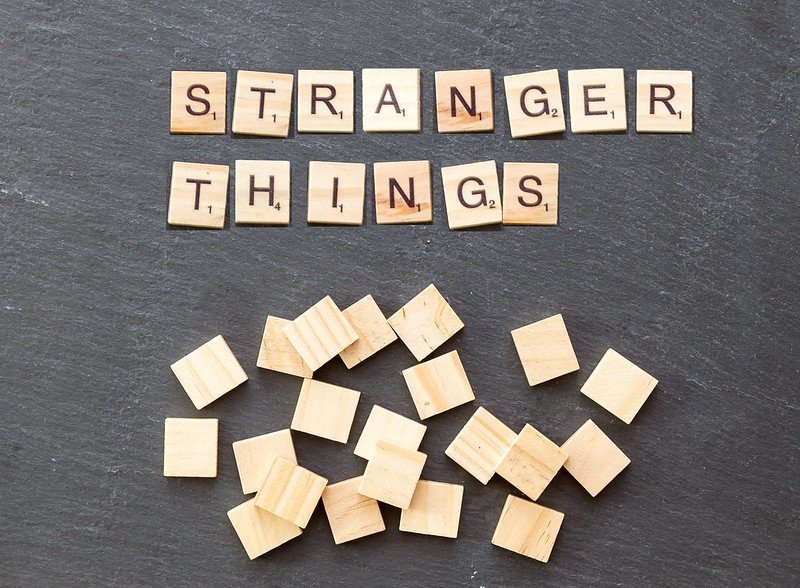 Unfortunately, Sara Hopper passed from what we are led to believe was some form of cancer. However, the lack of complete detail combined with the common strange occurrences in the show lead many fans to believe there’s more to the character’s passing that we don’t know. Additionally, a specific scene involving a flashback shows Jim Hopper crying in a stairwell after Sara’s death. But what fans caught was that this stairwell resembles one shown in Hawkins Lab. Is there a connection between Sara’s illness and the lab? Bookmakers aren’t counting it out. Though the lack of relation seems more likely (4/6), the odds of the connection existing are 11/10.

Dr. Martin Brenner was last seen being attacked by the monster in season one. His current status is unknown, and many characters have speculated his survival. Fans have done the same, theorizing that he is actually disguised as Mayor Kline, who appeared after Brenner’s disappearance. However, the oddsmakers don’t predict this theory to be true, as the 2/1 odds don’t look promising. In fact, the 1/3 odds of this not being the case actually make one of the more likely scenarios in the season.

Despite the overwhelming push for legal sports betting in the US, the legislation does not extend to entertainment events, meaning gambling on such markets is not currently legal. However, this does not discredit gambling data’s use in predicting certain outcomes, as the bookies accurately forecasted most of the main twists in season eight of HBO’s Game of Thrones.  If anything, the betting data indicates that Stranger Things fans should expect an exciting third season when it’s released on Independence Day.

Full betting markets for Stranger Things season three can be found below:

Will Billy Hargrove transform into the monster?
No: 5/4
Yes: 1/2

Is the Upside Down really Hawkins in the future?
Yes: 5/6
No: Evens

Disclaimer: The odds posted in this article are for illustrative purposes only, as wagering on such props is not currently legal in any U.S. state. The data was based on betting markets offered by UK/European/worldwide operators regulated in jurisdictions where wagering on these props is legal.

Harrah's Race & Sportsbook is located within the Harrah’s Las Vegas casino. This bookmaker has over 30 HDTVs and lots of cozy space where bettor...

Bet Lucky was the first sports betting platform in West Virginia. Unfortunately, the company behind the app, Delaware North, has just announced it is ...

When one of the largest online gambling companies in the world, bet365, signed a 20-year deal with Empire Resorts in 2018, it was obvious that sports ...
By us-bookies.com last updated February 17, 2020