KLEBERSON: Brazil can win the Copa America and I want to be there!

Ahead of the Copa America on the 14th June, we’ve spoken to former Manchester United and Brazil midfielder, and current Philadelphia Union youth coach, José Kleberson, boosting PA online sports betting. He shared his thoughts on Brazil’s chances in this summer’s Copa America, Lionel Messi’s last chance to win international silverware and why it was the correct decision for Neymar to be stripped of captaincy by Tite. Before placing your bets on the upcoming Copa America, you might want to read more about how to read odds and have over under betting explained. 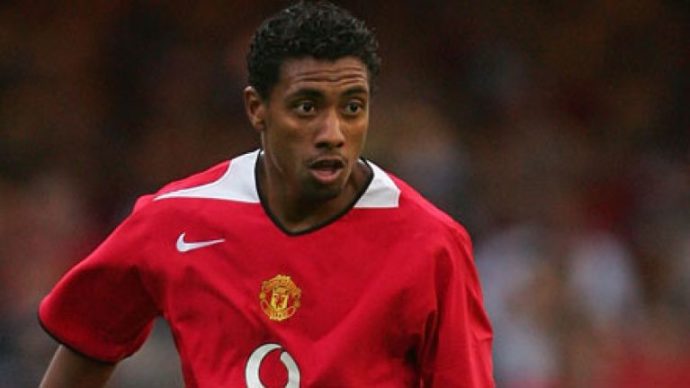 “The coaching staff took the right decision to take the captaincy from Neymar. Everyone in Brazil has a lot of respect and admiration for Neymar with his ability, but nowadays in football, when you do something wrong, everyone can see it. Neymar is still making mistakes off the pitch which affects his game on the pitch. I think everyone in Brazil agrees with the decision.”

No players in the current team get into 2002 WC team

“They have some amazing players in this team now, but if you saw some of the players in 2002, you would have thought ‘wow’. When I was playing in 2002 and looked at the substitutes bench, I saw some brilliant young players. They have good players now but if you are comparing the squad then and now, the team in 2002 was outstanding. I do not think any players could get into that team.”

Brazil can win the Copa America and I want to be there!

“Brazil can win the Copa America this year. I want to be there with all my friends and family in the Maracanâ. Especially if we get to the final against Argentina, it would be great to be there; what an occasion. Argentina have a strong rivalry with Brazil. That is the team Brazil need to be aware of, especially as they have Lionel Messi.”

Messi needs to block everything out, and his team need to help him more

“Messi needs to block out the negativity from everyone. People expect him to play the same way playing for Argentina as he does when he plays for Barcelona. He needs to be play with freedom, his fellow team-mates need to work hard to win the ball back and find Messi so he can have the ball at his feet. I remember when I played with Ronaldinho, I said to him “do not worry about defending, that is my job. I will get you the ball and you do the rest”; I knew he has the ability and the creativity to win us the game.”

Home advantage is a big factor for Brazil

“Brazil have a lot of pressure on their shoulders, especially after the World Cup. There is a big expectation on the players to bring the trophy back to Brazil. I remember back in 1989, there was a lot of people in Brazil expecting the team to win the competition. Everyone in Brazil wanted the team to do well and it was a happy time to be in Brazil, especially after winning the trophy against Argentina in the final.”

Tite is the man, but needs to give the players more freedom

“It gets discussed a lot in Brazil. But I feel Tite is the right man going forward at the moment, but he needs to give the players a bit more freedom to play. He needs to bring some happiness back into the team, like how we played fifteen years ago.”

Alisson has risen to the big occasions this season

“It’s a tough one to choose between Alisson and Ederson. Both are coming off from a strong season and have had good moments. Ederson is a solid keeper but Alisson has risen to the big occasions this season. For me, Alisson is just the better goalkeeper but there is not much between them.”

Playing for Brazil was a dream, and it came true

“All kids have the dream to grow up and play for the Brazilian national team, especially fifteen years ago when players like Ronaldo, Ronaldinho, Kaka and Cafu were playing. You watch them on the television and think that one day, ‘I could be there.’ Everyone wants to play for the team and the quality of the players is great. Representing your country is just amazing.”

Happiness was the key to our 2002 World Cup success

“Happiness. Everyone just loved to play football. Everywhere we went, in the changing room and on the pitch. We were just smiling, we believed in each other! I do not have any bad moments in 2002. We played in 2002 like a family, everyone was close and had a strong bond. We played with true freedom and happiness and really enjoyed playing with each other.”

I would have loved to play with Casemiro

“I would have loved to have played with Casemiro. I watch him play and I get excited by him. He is a solid, tactical player who controls matches and is so calm on the ball. He is a leader in the team.”