Keep reading our article and discover a list of the preliminary Kentucky Derby entries.

There are two more remaining future pools. Pool 3 of the Kentucky Derby Future Wager will be held from 6 to 8 March, while the Pool 4 will take place from 3 to 5 April 2020. Finding KY Derby picks and betting on Kentucky Derby horses months in advance can be exciting but tough.

Exacta, trifectas, superfectas, there are so many online horse betting options that one can find it challenging to choose. At the same time, a significant number of horses doesn’t make it easier either.

However, that’s why before we start betting, we usually take into account Kentucky Derby favorites, hoping that we can find some useful hint that will help us decide which horse to bet on.

Currently, there are a few different potential Kentucky Derby entries to stay focused on. For example, there’s Tiz the Law, participating with the same team that managed to win the 2003 Kentucky Derby. It’s not just because of the team; the horse has shown some pretty impressive skills so far, especially during his four-length victory in the Champagne in Belmont Park and for finishing first in the Belmont Stakes in June.

Plus, we should also mention Independence Hall, trained by Michael J. Trombetta. In Saturday’s Sam F. Davis at Tampa Bay Downs, he finished fourth even though he was an absolute favorite of the race.

Nevertheless, he still has lots of fans, hoping that the horse will justify the trust and hopes they invest in him. The hope in Independence Hall is not unfounded. Independence won two previous starts, including the Nashua Stakes and Jerome Stakes at Aqueduct.

Among other horses, there are some more who deserve an honorable mention. For example, we shouldn’t forget about John Oxley’s Lecomte winner Enforceable, Bob Baffaet’s Nadal, and Steve Asmussen-trained Gold Street. These are definitely among potential Kentucky Derby contenders that we should keep an eye on. 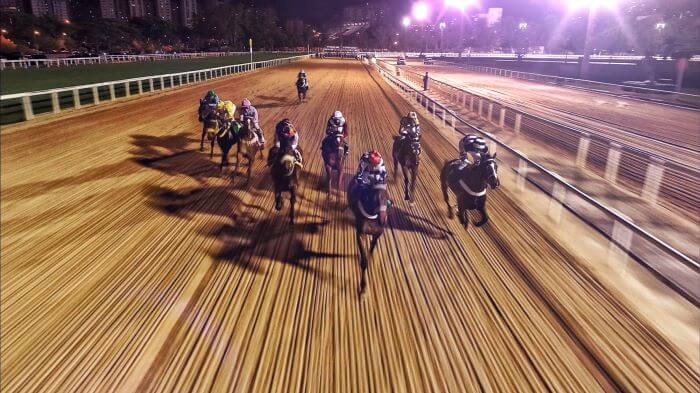 Last year’s race was pretty dramatic. No wonder that Kentucky Derby is known as “the most exciting two minutes in sports”. However, last year’s event was way too exciting. For those trying to remember the 2019 Kentucky Winner, here’s a little recap of the event.

The horse named Game Winner, trained by the Triple Crown-winning trainer Bob Baffert, started the race as moneyline favorite. The race started as usual, yet none of the audience could have predicted that they would witness one of the most controversial races in the history of the event.

Maximum Security, another one of the Kentucky Derby entries that was mentioned quite a lot during the pre-race talk. He started with the lead, and the jockey managed to control his pace for several furlongs. However, when he arrived to the final turn, the horse moved out from the path impeding the run of War of Will. Consequently, War of Will interfered with Long Range Toddy.

Nevertheless, Maximum Security crossed the finish line first, but he was disqualified for an on-track infraction. In the meantime, during the incidents on the racetrack, the 65/1 shot Country House was 9th but managed to break through unaffected and place second behind Maximum Security.

Past Winners of the Kentucky Derby

For more insights on Kentucky Derby horses, let’s remind ourselves of the results of 10 previous races.

The Road to the Kentucky Derby

The “Road to the Kentucky Derby” is the process of qualifying for the famous race, since Kentucky Derby entries must earn their spot at Churchill Downs. Only 20 contenders can participate in the competition held on the first Saturday in May. The more wins a horse collects during the qualifying process, the bigger the chances of getting a place in the starting gates of the Run for the Roses.

The first one starts in September and lasts through February, while the second one begins in March and lasts until mid-April, ending just a few weeks before the race at Churchill Downs.

During the Prep Season, the first four horses get 10, 4, 2, and 1 points for finishing first, second, third, and fourth. However, it’s during the championship series that it gets fascinating. The points vary depending on the race, but some of the horses can earn up to 100 points for finishing first. 40, 20, and 10 points are awarded to participants who come up as second, third, and fourth. .

Some of the most prominent races of the Championship Series are: the Wood Memorial, the Arkansas Derby and the Blue Grass Stakes. The majority of the big races usually take place in March, so that’s the time when you should pay extra attention to all the Kentucky Derby horses that participate in the contest. 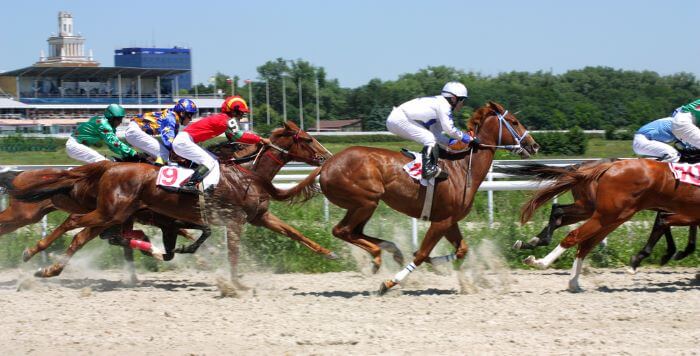 The Kentucky Oaks is a Grade I stakes race held one day before the Kentucky Derby. Only three-year-old fillies participate in the race that currently covers 1 ⅛ miles. The competition is also held at Churchill Downs. Besides a trophy and prize in money, the winner of the race also gets a garland of lillies, called “lilies for fillies”.

The Kentucky Oaks is one of the rare sporting events in America that have been held continually for a very long period. It is also one of the rare horse races that take place at the place of its origin.

The race took place for the very first time on May 19, 1875. It was established by the man who founded Kentucky Derby as well – Colonel Meriwether Lewis Clark. The race was modeled after the British Epsom Oaks-.

Kentucky Oaks race is the fourth biggest horse racing event in the USA in terms of prize, just right after the Triple Crown: the Kentucky Derby, the Preakness Stakes and the Belmont Stakes. It is also a great way to enter into the spirit of the Kentucky Derby.

The Kentucky Derby future wagers allow you to place bets on possible Kentucky Derby contenders. Of course, early betting has its good and bad sides. From one point of view, you can find odds that are far greater than those available as the event approaches. On the other hand, the initial Kentucky Derby favorites might not finish as you hoped they would.

All in all, it’s up to you to decide which horses are worth your attention and when you’ll place your bets. However, make sure to keep a close eye on your KY Derby picks and stay up to date with all the latest news about the Kentucky Derby horses. TVG can surely help you find all the necessary information as well as some online betting operators. 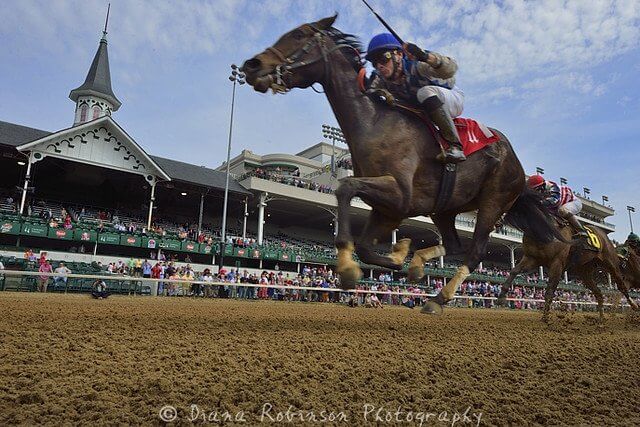 Where to Watch the Kentucky Derby Race Live

Update: The Kentucky Derby 2020 has been postponed to September 5. Some prep races might get canceled or postponed as well. If you even have a casu... 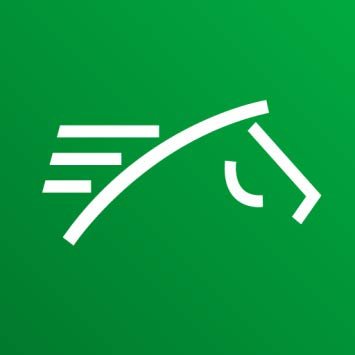 Part of the Television Games Network, TVG.com offers horse racing betting odds and live streaming from over 150 racetracks around the world. But the ... 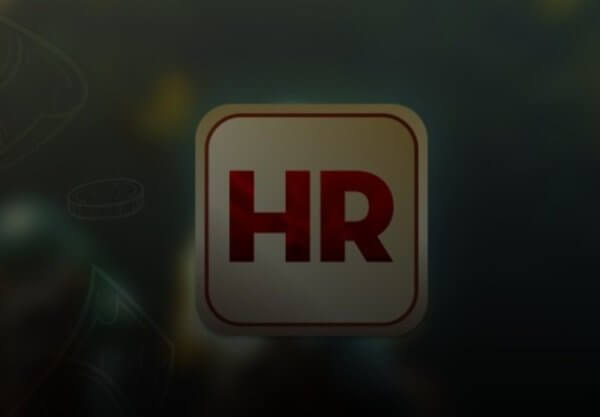 If you are interested in online horse betting, then you will find our article more than useful. We have dedicated it to Hollywood Races, an online ra...
By us-bookies.com last updated July 1, 2020